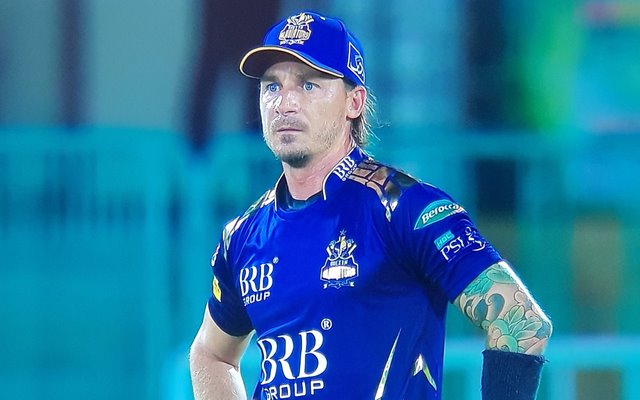 Veteran South Africa pacer Dale Steyn escaped from answering a possibly controversial question on Twitter on Friday. The pacer was asked by a fan whether he found it rewarding while playing for Royal Challengers Bangalore or Quetta Gladiators. The 37-year-old gave a hilarious reply to the fan and tried not to create another controversy.

A few days back, in an exclusive interview with a Pakistani journalist, Steyn revealed the main reason why he opted out of the Indian Premier League 2021. In the interview, the right-arm quick revealed that while playing in the Pakistan Super League and Lankan Premier League, he realised that it was more rewarding than the IPL.

After his comments caught the headlines, Steyn formally apologized on Twitter saying that he didn’t mean to insult or compare any two leagues. His comments had seen him facing a lot of backlash from the Indian fans. Hence, it was obvious that the fast-bowler was not going to let another incident like this happen.

Dale Steyn asks a hilarious question to the fan in return

During a question-and-answer session on Twitter, the cricketer was asked to answer if his stint with Royal Challengers Bangalore in the IPL was more rewarding than the time he spent with Quetta Gladiators in the PSL. “Which is more rewarding? rcb or quetta gladiators?,” the fan asked.

Did you buy your followers? Haha

In reply to this, Steyn jokingly questioned back the fan whether he had bought his followers or not. He wrote, “Did you buy your followers? Haha.” Apart from this, the fast-bowler further answered several other questions which were posed by his fans on Twitter.

Coming back to Steyn’s franchise T20 career, the pacer had played for the RCB franchise in the IPL 2019 and 2020. In the 2020 season, he played only three matches and ended with terrible figures. He could manage to pick only one wicket and bowled with an economy of 11.40. His expensive bowling effort led to the team dropping him after this performance.

In the same Q&A session, he was also asked which was his favourite IPL team. He replied that he supports Mumbai Indians because his South African teammate Quinton de Kock plays for the franchise. He wrote, “All teams, but Mumbai seem to have a solid thing going. QDK also one of my favourite players so always support him too”