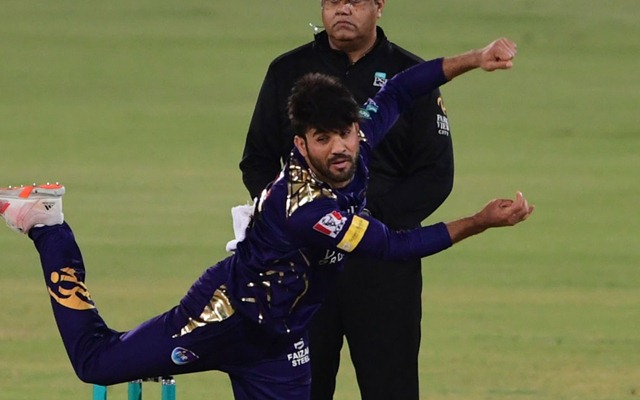 Finally, the wait was over. Match 14 of the PSL saw the side batting first successfully defend their total. It was the Quetta Gladiators taking on the Multan Sultans and the former managed to finally win a match batting in what was their fifth shot at it. With this win they also opened their account this season as they got two points to their name.

The Gladiators were sent in to bat first and the openers set the tone right at the start. A 69 run opening partnership meant that the base was set up for the rest of the batsmen and they did not disappoint. Usman Khan was by far the star of the innings and the other batsmen played good supporting knocks.

Usman scored a brilliant 81 off only 50 balls to take his side to a total of 176 runs. His knock included 10 fours and three sixes. Shahnawaz Dhani and Imran Tahir were the pick of the bowlers as they got five wickets amongst themselves.

Qais Ahmad guides Quetta to their first win of the season

While a target of 177 was just par, an opening partnership of 63 runs made it look much worse. Mohammad Rizwan played really well to score 66 runs while James Vince made 24 runs. The rest of the batsman completely failed to contribute. Once the wickets started falling there was just no stopping.

From a position of command, they completely lost their way in the run chase. They eventually fell short by 22 runs and handed Quetta an easy victory. Qais Ahmad shined with the ball as he secured three wickets conceding only 21 runs in his four overs.

Mohammad Hossain and Zahid Mahmood too secured a couple of wickets each. This match was not just about the Gladiators winning a game, it was how a side batting first had finally shown the other teams how to win. It would be interesting to see if teams opt to bat first in the upcoming matches.

Sarfraz Ahmed and Quetta Gladiators becomes the first team to successfully defend a target in #PSL2021.

“Come on Dale, hit him on the head” #PSL6 #MSVSQG pic.twitter.com/fjDNvQ3H79

Finally Quetta Gladiators have points on the board #PSL6 pic.twitter.com/6BoYGX96oK

Sarfaraz Ahmed “We thought out of the box when it came to selection. We normally go with 3 fast-bowlers but they were going for a lot of runs so we thought why not take a chance with spinners & see how it goes. That chance paid off as all 5 of our bowlers bowled well today” #PSL6 pic.twitter.com/8t14rJI5AW