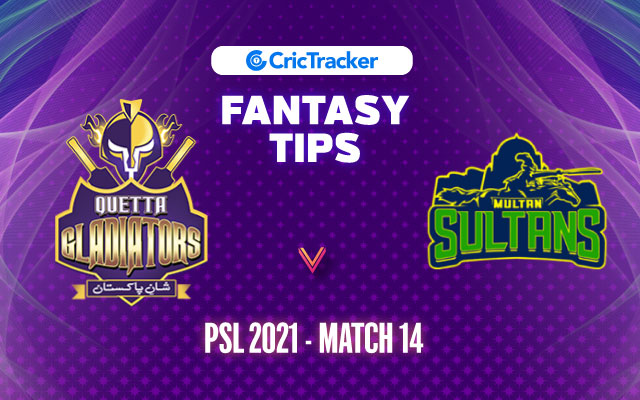 The 14th match of the Pakistan Super League 2021 will be played between Quetta Gladiators and Multan Sultans on 3rd March at National Stadium in Karachi.

Quetta Gladiators are having a nightmare of a season in the Pakistan Super League 2021. Whatever they have tried so far in this competition has only gone against them, and they have lost all of their last 4 games. They are understandably sitting at the last place in the points table, with all but a very slender hope of making a grand comeback.

Sitting just place above them are the Multan Sultans, who are having a poor season themselves. They have won only one of their first four games. While things are looking gloomy for both the teams, all is not lost yet. They both can still be in contention for the next round, provided they can pick a few wins.

As has been the case often here in Karachi, the weather will be perfect for cricket. The temperature will be around 23 °C, with the chances of precipitation being nill.

This is a batting-friendly surface here in Abu Dhabi. The bowlers will get some help in the initial overs, but after that, it will turn into a batsmen-exclusive show. Anything under 170 will not be a good enough total to defend on this track.

171 (Last 5 matches of this tournament played on this venue)

Sarfaraz Ahmed has not found success as a skipper, but he has been brilliant with the bat. The experienced wicketkeeper-batsman has scored 182 runs, with his strike rate being nearly 150.

Ahmed’s opposite number’s story is also similar – brilliant with the bat and pretty ordinary in captaincy. Mohammad Rizwan is leading the run-scoring charts, having scored 231 runs in 4 matches. His strike rate is over 140.

Zahid Mehmood has arguably been the best bowler from the Gladiators. He has picked up 4 wickets and has an economy rate of just over 4 runs per over, which is impressive on this track.

From the Sultans, Carlos Brathwaite has done a brilliant job with the ball. He has picked up 4 wickets as well, while his economy rate is under 8 runs per over.

Rilee Rossouw can be a good budget pick from the batsmen in your team. He has scored 47 runs at an average of nearly 25, while his strike rate is over 165. 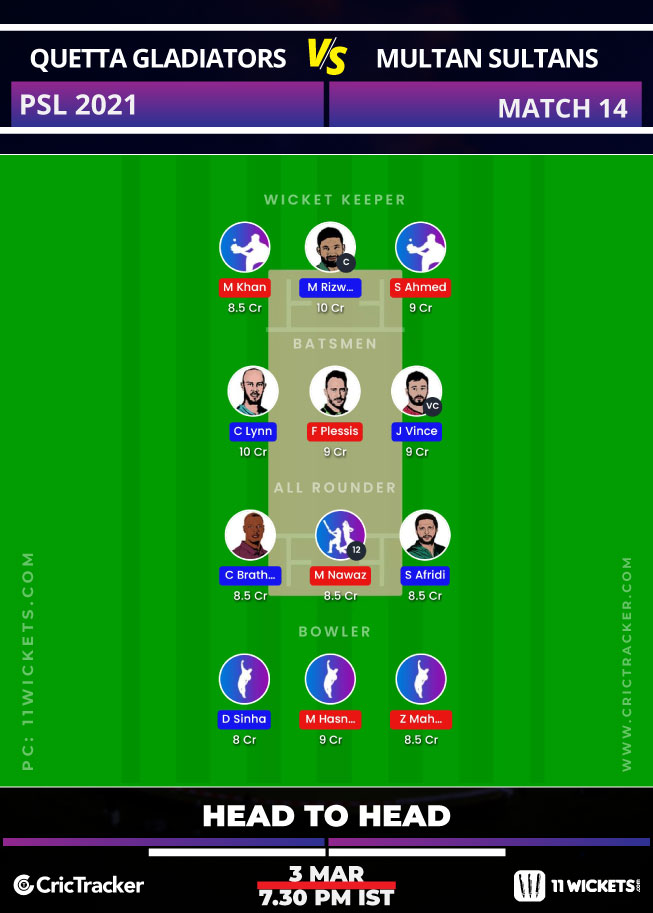 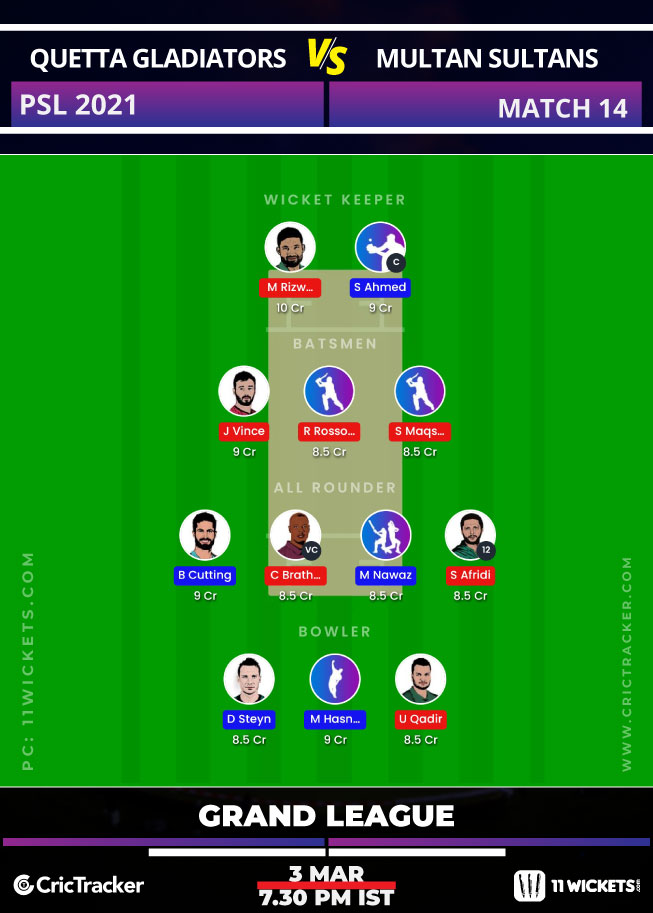 Usman Qadir can be a clever budget pick. He has picked up 2 wickets and has also kept a stern check on the flow of the runs, and his economy rate of under 8 runs per over is a testament to that.