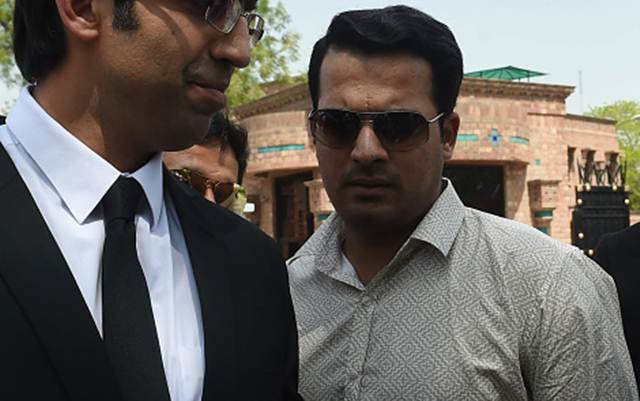 Since its inception in 2016, the popularity of the Pakistan Super League (PSL), hosted by the Pakistan Cricket Board (PCB) has grown leaps and bounds. The tournament has emerged as the second-best franchise cricket league across the globe after the Indian Premier League (IPL).

However, since 2016, PSL has been plagued with many controversies which had resulted in the T20 extravaganza being the focal point of discussion in the cricket fraternity for all the wrong reasons. From the spot-fixing racket in 2017 to the 2021 edition of the league getting postponed, PSL has made headlines time and again.

In this article, let’s flip the pages and take a look at the 5 worst controversies to hit the PSL:

The second edition of the T20 Championship saw several notable cricketers getting framed in an ugly spot-fixing scandal. In early 2017, the anti-corruption unit of the Pakistan Cricket Board (PCB) in association with the International Cricket Council (ICC) carried out an investigation that resulted in the authorities leveling charges against six cricketers namely Sharjeel Khan, Khalid Latif, Nasir Jamshed, Mohammad Irfan, Shahzaib Hasan, and Mohammad Nawaz.

It was learned that Sharjeel charged a whopping 2 million Pakistani rupees for playing two dot balls in one of the PSL matches while Latif tried to convince other team players to participate in the fixing. For their deeds, Sharjeel and Latif had to face a ban for five years from all formats of the game.

Another accused player like Mohammad Irfan was subjected to a one-year ban from the sport for not reporting about getting approached for spot-fixing. Nasir Jamshed received the harshest punishment as he was handed a 10-year ban along with getting sentenced to 17-month jail.

The second match of the 2020 edition of Pakistan’s premier domestic T20 tournament between Karachi Kings and Peshawar Zalmi saw the former outplaying the latter by 10 runs. However, the game made headlines for all the wrong reasons as an official of Karachi named Tariq Wasi was caught using the mobile phone during the live match.

The visuals of Tariq talking on the phone while sitting in the team dugout during the game had gone viral on social media with many criticizing the Kings. As per the rules laid out by the International Cricket Council (ICC), no person sitting in team dug-out apart from the manager is allowed to use mobile phones during the live match.

After the match, the Kings’ Media Manager Faisal Mirza had tried to defend the team saying that Tariq Wasi was the team’s manager but according to the team sheet, Navaid Rasheed was named as the side’s manager.

The match between Peshawar Zalmi and Quetta Gladiators in PSL 2016 saw a heated interaction between two notable players namely Wahab Riaz and Ahmed Shehzad. The incident happened during the 5th over of the game. Batting for Gladiators, Shehzad smashed a six over mid-wicket on the first ball of Riaz. The next ball saw Riaz uprooting the stumps of the batsman and looking in the eye of Ahmed while letting out a huge scream.

This celebration by Wahab didn’t go well with Shehzad as he pointed his bat towards the former and said a few words. The situation became tense when the two cricketers marched towards each other and got indulged in violence as they pushed one another while speaking inappropriate words. The matter became so worse that the umpires and teammates had to intervene between the two players.

For their misconduct, both the high-profile players were fined portions of their match fees. While Shehzad was fined 30 percent of his match fee, Riaz was penalized 40 percent of his game earnings by match referee Roshan Mahanama.

The Pakistan Cricket Board (PCB) started the 2021 edition of the T20 Championship on a positive note as they decided to host the league in a bio-secure bubble. However, the last week saw the authorities taking a harsh call by postponing the tournament for an indefinite time.

The decision was inspired by the fact that as many as seven members in the bio-bubble had tested positive for the coronavirus. Six of those seven individuals were players while the other was a member of the support staff of one of the teams. The cancelation of PSL 2021 came as a major shock for the franchise owners and cricket fraternity as many slammed PCB for taking a hurried decision.

PCB has also been accused of not preparing a safe bio-bubble and taking necessary precautions for any unforeseen circumstances. The matter became serious after the head of the PCB’s medical and sports sciences department, Dr. Sohail Saleem, submitted his resignation to the Chairman.

5. England players refuse to play in Lahore during PSL 2017

After hosting the entire league stage and the semi-finals of the 2017 edition of the Pakistan Super League (PSL) in the United Arab Emirates (UAE), the Pakistan Cricket Board (PCB) hoped of playing the finals of the T20 Championship in Lahore to showcase the cricket fraternity that the Asian nation is absolutely safe for hosting matches.

However, PCB was dealt with a massive blow when many England players and other overseas members denied traveling to Lahore owing to security concerns despite the authorities offering them an extra bonus. Two England players namely Kevin Pieterson and Tymal Mills denied bonus payments between USD 10,000 and USD 50,000 and returned back to England.

Apart from this, other foreign players including Chris Gayle, Kieron Pollard, Kumar Sangakkara, David Malan, and Chris Jordan weren’t keen on taking the risk of traveling to Lahore. This had stirred a massive controversy with people coming up with their own views regarding the whole scenario.