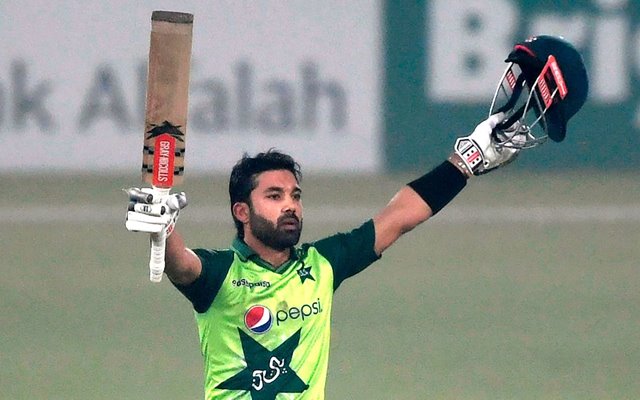 The 7th match of the Pakistan Super League 2021 will be played between Lahore Qalandars and Multan Sultans on 26th February at National Stadium in Karachi.

The match is scheduled to start at 3:00 PM local time (3:30 PM IST) and it will be streamed live on Sony Sports Network.

Lahore Qalandars and Multan Sultans will face each other in the 7th match of the Pakistan Super League 2021 on Friday. Lahore Qalandars are having a brilliant season so far. They won both of their first two matches and are placed at the top of the points table. They will come into this match as favourites and will be looking forward to continuing their winning momentum.

On the other hand, Multan Sultans will be very disappointed with their performances in the first two matches. They lost both of their matches and are placed at the 5th spot on the points table. They will be eager to win this match and register their first win of the tournament. However, it will be tough getting the better of an in-form Lahore side.

It will be a sunny afternoon in Karachi, with the temperature ranging between 28-30 degrees Celsius and the humidity levels are at 48 percent. There is no chance of precipitation for this match.

It’s a flat batting wicket which only gets better and better as the match progresses. Batsmen will get full value to their shots on this track. The dew factor doesn’t help the bowlers, especially when they are bowling in the second half of the match. The team winning the toss should look to chase as the chasing teams have a 100% winning record in this season.

171 (Last 5 matches of this tournament played on this venue)

Also Read – My experience of being a fast bowler helps me bowl arm balls: Axar Patel

Rashid Khan is not available for Lahore Qalandars for the rest of the season as he has left for National duties.

Fakhar Zaman has scored 97 runs in 2 matches at an average of 97 and strike-rate of 144. He is a must-pick for your Dream11 Fantasy side.

Mohammad Hafeez is the leading run-scorer for Qalandars so far in this season. He has scored 107 runs in just two innings at a brilliant strike-rate of close to 180.

Shaheen Afridi is one of the most talented cricketers Pakistan has found recently. He has proved his capability and performed well with the ball in all forms of the game. He scalped 4 wickets in his two outings at an economy rate of 7.14 runs per over.

Mohammad Rizwan is the highest run-scorer of the tournament so far. He amassed 112 runs at an average of 56 and a strike-rate of 138. He is surely a good option for captaincy.

James Vince is enjoying the form of his life. He has scored 100 runs in two matches he has played. Vince was in sublime touch in the recently-concluded BBL as well. 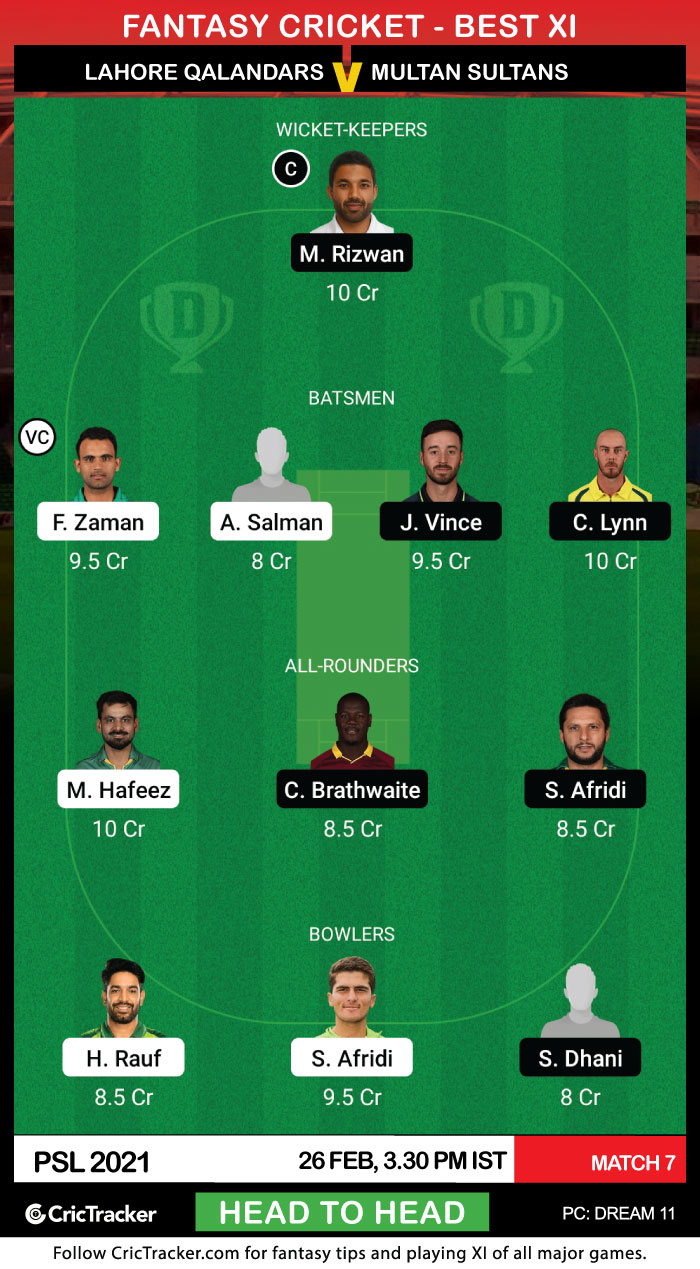 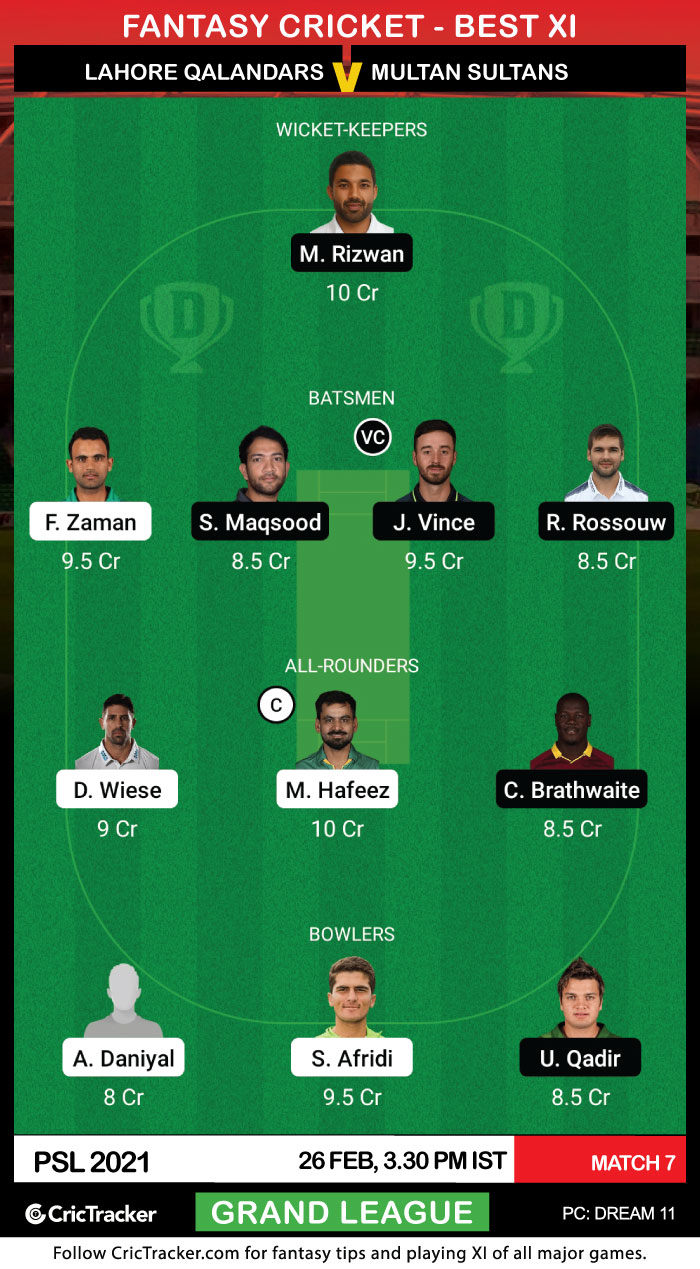 You can try Carlos Brathwaite as a multiplier in your Dream11 Fantasy teams as he is in decent form this season and can provide you some valuable points with both bat and ball.

Lahore Qalandars are expected to win this match.