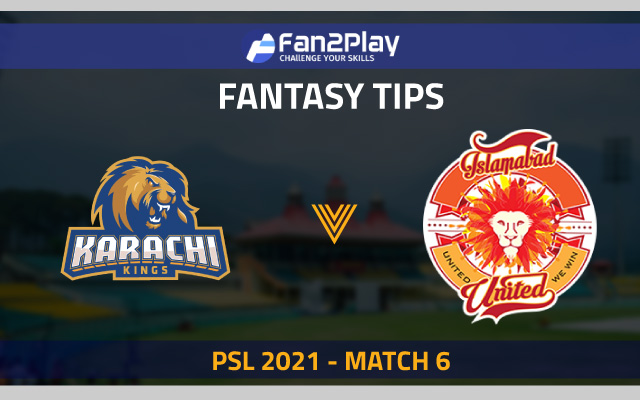 The sixth match of the Pakistan Super League 2021 will be played between Karachi Kings and Islamabad United at the National Stadium in Karachi on February 24.

The match will start at 7:30 PM IST (7:00 PM Local time). The live streaming will be available on SonyLiv’s app and website.

After starting their respective campaign with wins, Islamabad United and defending champions Karachi Kings will lock horns in the sixth match of the tournament. Both the teams have had confident starts and would want to capitalize on the momentum which they have got from their opening match and power it to further few wins. But, Karachi would have a slight advantage of playing the match at their home ground.

In the first match, Karachi defeated Quetta Gladiators by seven wickets comfortably. Karachi looked like a far more superior team on that occasion against Quetta and was too good for their opposition. However, Islamabad’s first win in the tournament didn’t come that easily as they had to fight hard and depend on the late heroics of Lewis Gregory to push them to a win.

The right-handed top-order batsman might enjoy the fact that he is not being burdened with the pressure of captaincy. This should allow him to find his mojo with the bat once again. He is probably the best batter in the Karachi team and his role is to anchor the innings, something which he has mastered himself in. His runs will be crucial as when he bats well and finds his form, he can keep scoring runs regularly.

The England all-rounder has become one of the most talked-about all-rounders in the T20 franchise cricket circles in recent times with his ability to score quick runs and provide crucial wickets. In his first PSL match, he showed why he is valued so highly. He scored a match-winning 49 run knock off just 31 balls, to guide his team to a win. Apart from this, he also bowled a four overs spell where he picked up two wickets and gave only 31 runs.

Every new user gets ₹20 as a sign-up bonus and gets a 200% Welcome Bonus offer on their First Deposit of up to ₹10,000. Any amount you deposit for the first time on Fan2Play, you will get a 200% bonus on your deposit 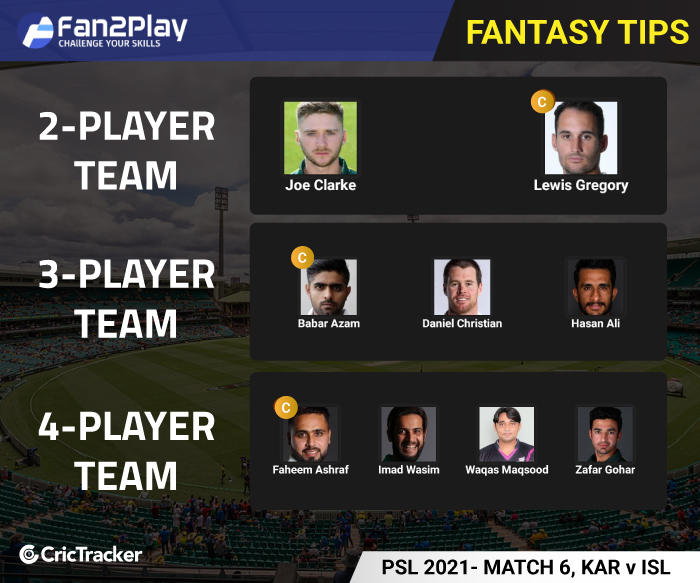 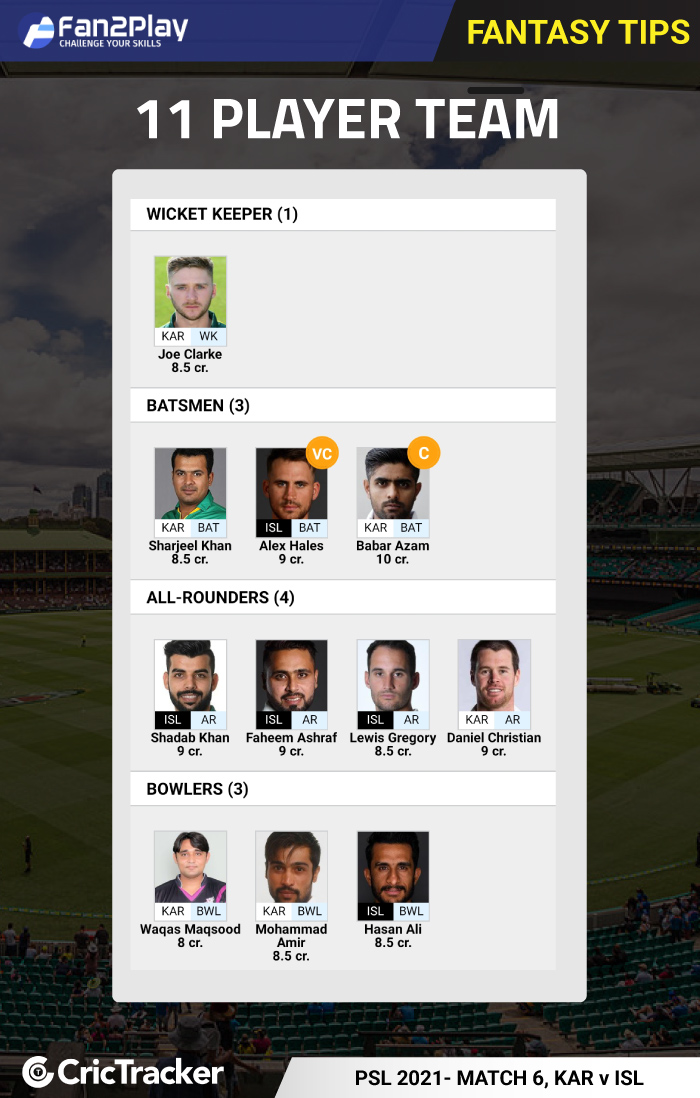