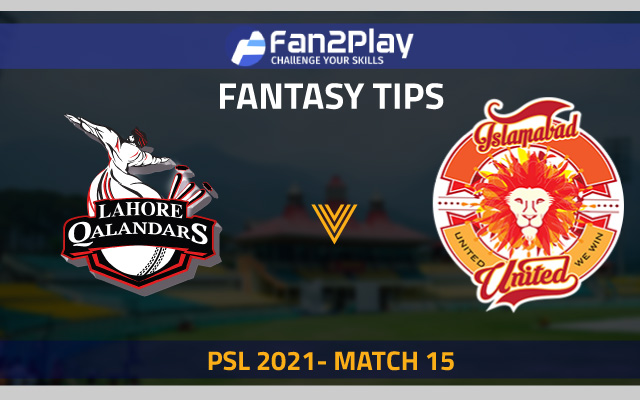 The 15th Match of the Pakistan Super League (PSL) 2021 season will be played between Lahore Qalandars and Islamabad United at the National Stadium in Karachi.

We are at a stage in the league everything is happening. But, in the middle of this, a contest between the two teams who have been quite good in the league is going to be a good match-up for the fans who are watching. Currently, Islamabad United is holding the third position while Lahore Qalandars are sitting tight on the fourth position. Both the teams have won three of their four matches so far in the league.

Lahore Qalandars’ middle order has looked solid in this tournament mainly because of the exploits of Mohammad Hafeez. He has used his experience to good effect and the Qalandars are benefiting from it. He has scored 181 runs in the four innings which he has played in the tournament. His strike rate has been really good, standing at 176 after four innings.

The opening batsman from England is one of the best T20 players in the world currently. In the last few months, he has been quite aggressive with the bat in the powerplay, which benefitted Sydney Thunder in the Big Bash League and a similar strategy is helping Islamabad United. He is yet to score a 50+ score in the tournament, but he has still managed 139 runs with a strike rate of 171. 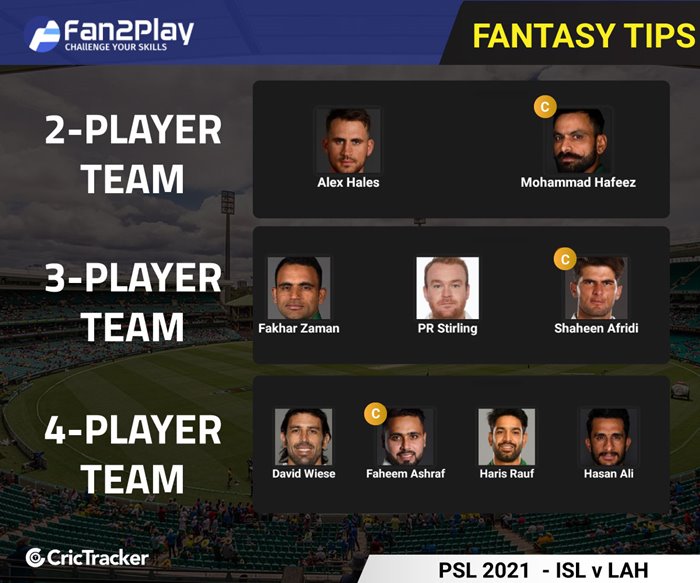 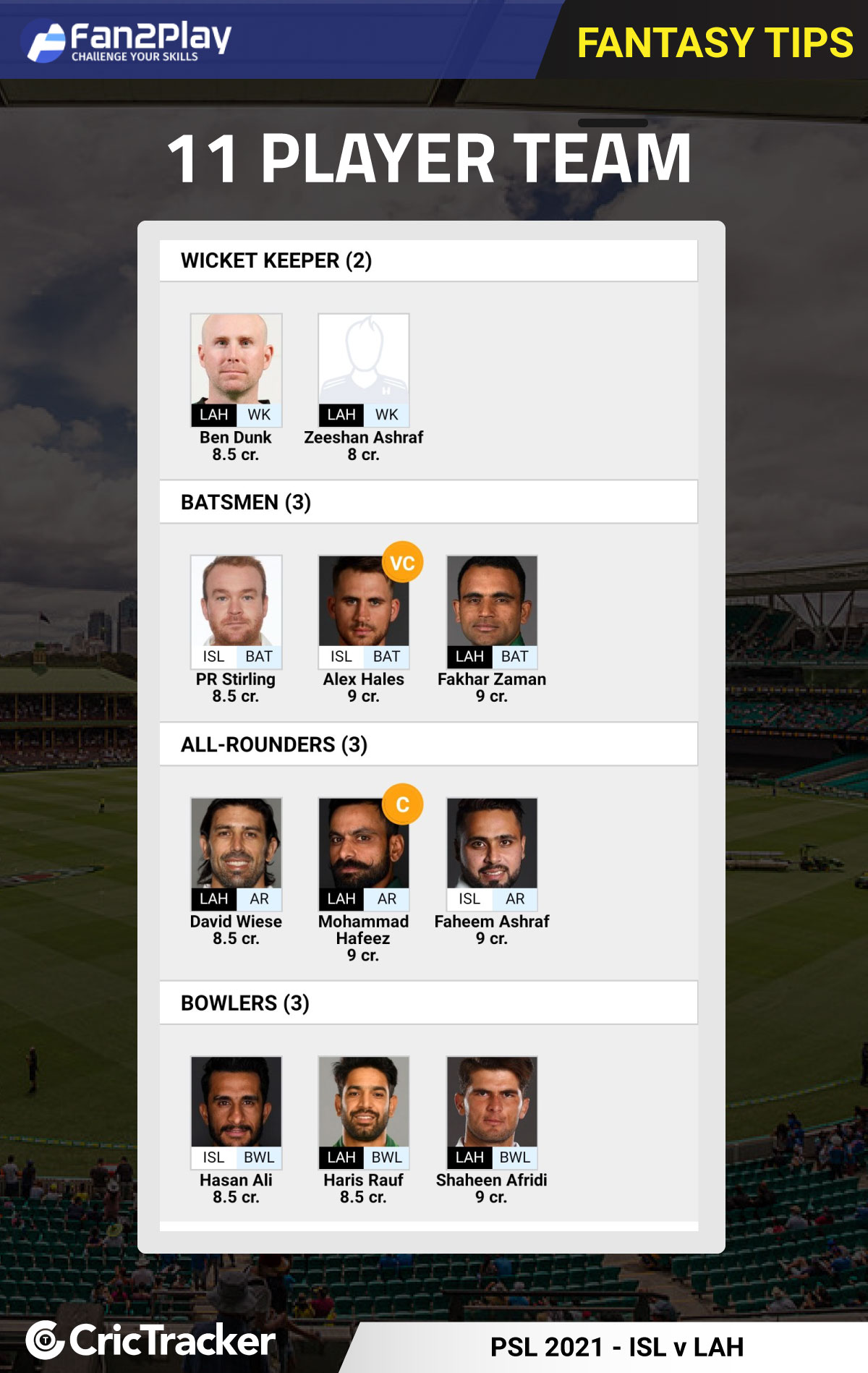