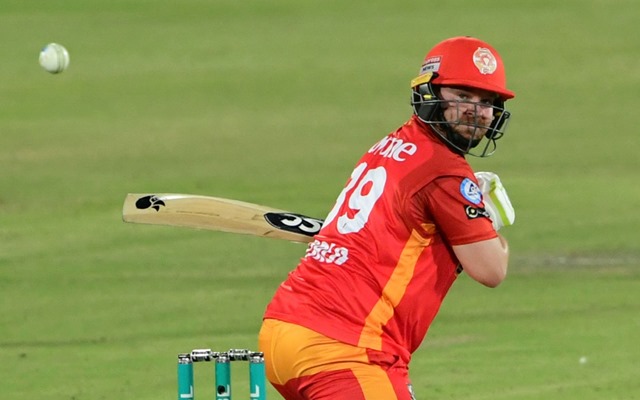 Islamabad United registered their third victory of this season of Pakistan Super League as they defeated Quetta Gladiators by 6 wickets. Quetta faced their fourth consecutive loss of this season. As has been the trend, the Islamabad team elected to bowl first after winning the toss. Captain Sarfaraz Ahmed hit a brilliant fifty for Quetta in the first innings scoring 54 runs off 41 balls. He hit 4 sixes and 3 fours in his innings. Quetta posted 156/7 at the end of 20 overs in their innings.

Islamabad United looked very comfortable in their chase with their opener Paul Stirling hitting an explosive half-century. Stirling smashed 56 runs off 33 balls with the help of 8 fours and 2 sixes. Wicketkeeper Rohail Nazir too had an important contribution scoring 34 runs off 28 balls. Islamabad chased the total in 17 overs winning the match by 6 wickets.

Let’s look at important stats and numbers after the end of the twelfth match of PSL 2021:

3/11 – Faheem Ashraf performed wonderfully with the ball picking 3 wickets in his 4 over spell by giving away only 11 runs. This is the joint-second most economical 4 over spell by a bowler in PSL history.

50 – Faheem Ashraf became the fourth bowler to complete 50 wickets in PSL. Wahab Riaz, Hasan Ali and Mohammad Amir are the other three bowlers who have achieved this milestone.

4 – Sarfaraz Ahmed hit 4 consecutive sixes in an over against Iftikhar Ahmed during his fiery knock. He is the fourth player to do so in league history so far.

1000 – Sarfaraz Ahmed also completed his 1000 runs in PSL during his innings. He is the eighth player to reach this mark. The wicketkeeper-batsman has scored 1050 runs in 56 matches at a strike rate of 128.67.

4 – Quetta Gladiators have now lost 4 starting matches in a row this season. This is the worst ever start for them in the league among all seasons.

12 – For the 12th match in a row, a team chasing won the match this season. The teams have elected to bowl first in all these 12 matches.

13.66 – Mohammad Nawaz conceded 41 runs in his 3 overs at an economy rate of 13.66. This is the worst economy for a bowler in an innings in this season of PSL with a minimum of 3 overs bowled.