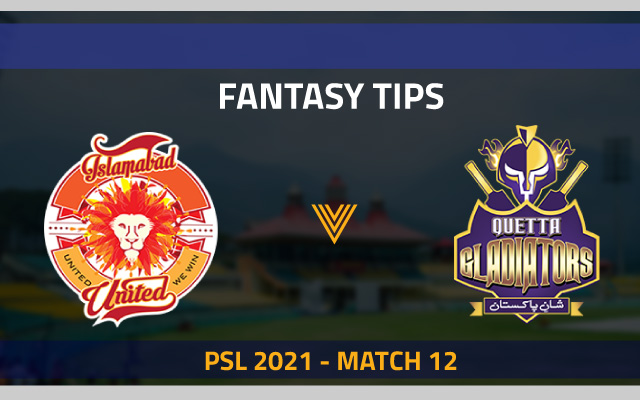 The 12th Match of the Pakistan Super League (PSL) 2021 season will be played between Islamabad United and Quetta Gladiators at the National Stadium in Karachi.

The caravan of the sixth edition of the Pakistan Super League (PSL) rolls on as Islamabad United and Quetta Gladiators will lock horns in Match 12 in Karachi. The Islamabad team is coming off a defeat at the hands of Peshawar Zalmi after a batting failure. They could only score 118 runs and got bowled with 17 balls left in the innings. They will have to make amends for a poor show soon to storm into the top two.

The Quetta Gladiators have so far endured a tough season with the team losing all three matches. In all three matches, they have batted first and lost by 7, 9, and 3 wickets respectively. The time is running out for the Sarfaraz Ahmed-led side and they will have to step up in all the facets of the game.

Alex Hales has been the top batsman for Islamabad United so far with 116 runs in three innings. His strike-rate of 170.58 and an average of 38.66 is one of the best. The England cricketer, with flat pitches on offer, has been hitting the ball with disdain and has continued his amazing form from BBL into PSL as well.

Faf du Plessis batted at three in the only match he has played this season for the Gladiators. He scored 37 runs at a strike-rate of 142 laying a platform for the team to post a huge total of 198 runs on the board. Du Plessis will be hoping to make it big as he has limited matches to perform in PSL this time around. 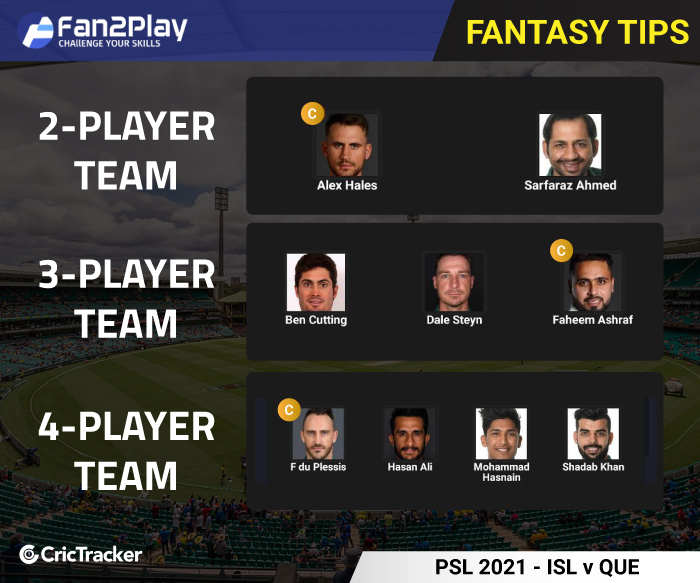 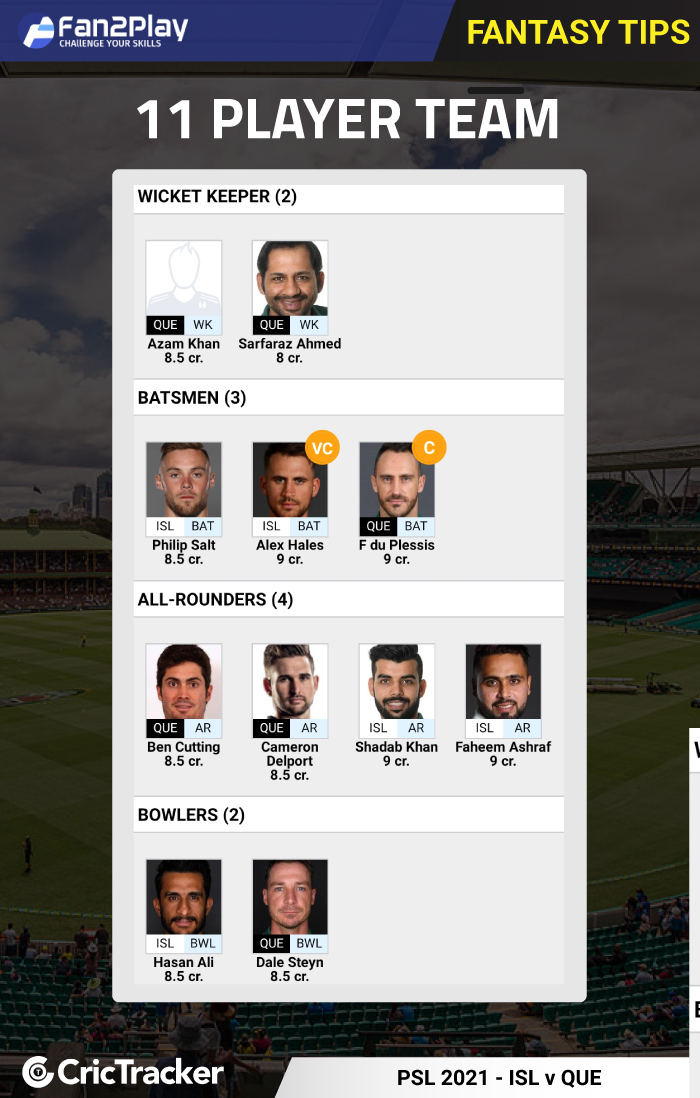