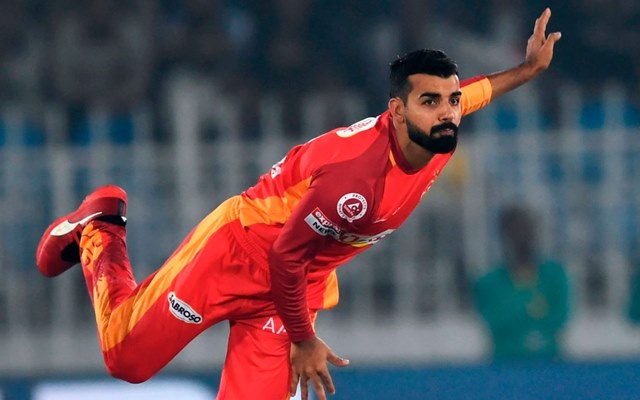 Islamabad United finished at the bottom of the points table in the 2020 edition of the Pakistan Super League (PSL). However, this time around, the team, led by Shadab Khan, has started on an impressive note. With both their matches, the United are on the top half of the points table with a net run rate of 0.468. In their previous game, they beat Imad Wasim’s Karachi Kings by five wickets.

Chasing 197, the United got over the finishing line with five balls to spare. In their next match, they would be facing the Peshawar Zalmi in the second of Saturday’s doubleheader at the National Stadium in Karachi. The Zalmi, captained by Wahab Riaz, on the other hand, are in decent enough form as well. Earlier, they tracked down a mammoth target of 194 against the Multan Sultans.

The pitch in Karachi has turned out to be a bowler’s graveyard in recent times. The batsmen have been able to play shots on the up with facing many troubles. Another high-scoring game seems to be in the offing. The temperature will be around 26 degrees Celsius with the humidity mostly in the 40s.

Playing Combinations for PES vs ISL

Kamran Akmal is the leading run-scorer in the history of the PSL. He doesn’t mind taking the aerial route at the start and he is able to get runs at a brisk rate. Last season, he also notched a century in a critical situation. He will again be expected to show his class and calibre against Shadab’s United.

Alex Hales was the leading run-scorer in the 2020-21 edition of the BBL. He also got a ton against the Sydney Sixers. In the ongoing edition of the PSL, he hasn’t flattered to deceive by any means. In the first two games, he managed to score 75 runs at an average of 37.50 and at a strike-rate of 182.92.

PES vs ISL Head to Head 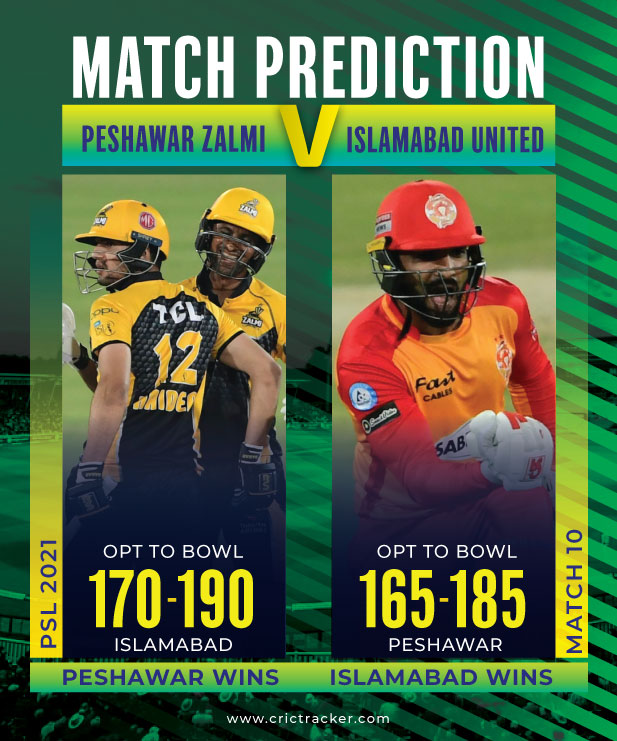