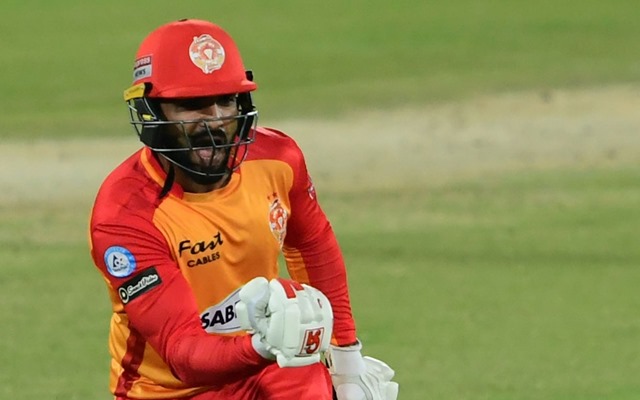 Quetta Gladiators haven’t had the best of tournaments thus far in the ongoing edition of the Pakistan Super League (PSL). After the crushing defeats at the hands of Karachi Kings and Lahore Qalandars, the team, led by Sarfaraz Ahmed, went down to the Peshawar Zalmi in a nail-biting encounter. Their bowlers flattered to deceive after their batters put up 198 runs on the board.

After three losses on the trot, the Gladiators would be hoping to cease their losing-streak when they face the Islamabad United on Monday, March 1 at the National Stadium in Karachi. The United, captained by Shadab Khan, on the other hand, are placed in the middle of the table with two wins from three games. They would be looking to make a comeback after the defeat to Peshawar Zalmi.

The pitch at the National Stadium has been a bowler’s graveyard thus far. Run-making hasn’t been tough by any stretch of the imagination. But the track has helped the team, batting second. The temperature will be around the 27 degrees Celsius mark. The humidity will mostly be in the low-20s.

Playing Combinations for ISL vs QUE

Alex Hales is currently the leading run-scorer for the United in the tournament. In three matches, he has 116 runs at an average and strike-rate of 38.66 and 170.58 respectively. The other United batters haven’t shown much form and hence, Hales can’t afford to drop his guard by any means.

Faf du Plessis has replaced Chris Gayle in the Gladiators and he has been able to make an impact right away. In his first game, Faf managed 37 runs at a decent strike-rate of 142.30. He came to bat at number three and guided his team. The Gladiators would be looking for another decent knock.

ISL vs QUE Head to Head 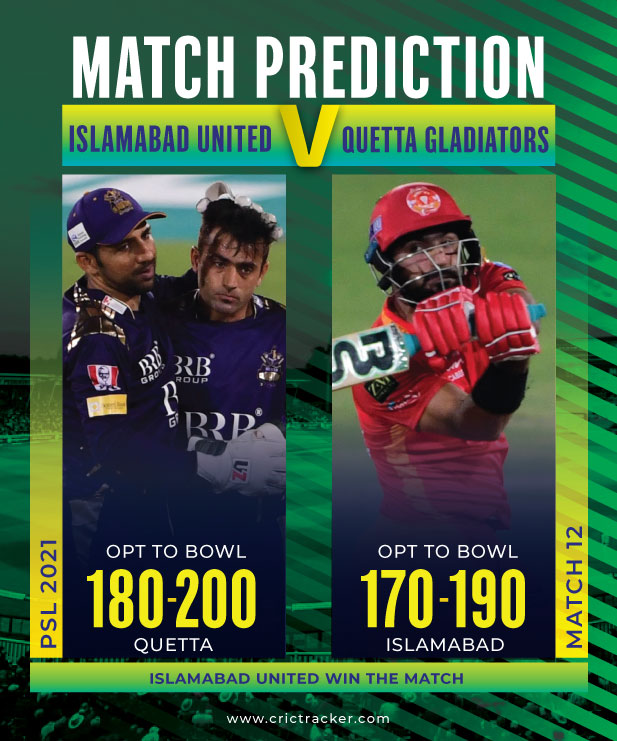